A long long time ago I had Verizon FiOS installed at my home, and with it they supplied an Actiontec router and wireless access point. It worked reasonably well, but it needed a power cycle every now and then and any custom configuration was difficult. I could never get it to prioritize traffic properly, and to be honest I just plain missed pfSense. I expected one day I would get around to replacing the router/WAP they supplied, and I finally did at the end of December. 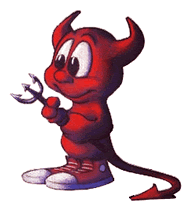 The real question was what do I replace the default gear with?  One of the guys I worked with many years ago had suggested we try pfSense for the office and after spending a few days testing it, I was in love. It's based on FreeBSD, uses OpenBSD's pf packet filter, and provides an excellent web interface. It can be run from a USB memory stick, run from a live-cd, or installed on just about any common hardware that can run FreeBSD.  After running multiple pfSense firewalls for years, I can say it's the most reliable and easiest to use that I've experienced.

Alternatively, at least for home, I could just buy a Netgear WAP.  They're not half bad, except for the backdoors and generally poor performance if you have more than a small handful of clients connecting to them.

An aside: on occasion the weak security of these commodity WAPs can be a benefit as long as you're not using it on your own network.  Once on vacation, the hotel we stayed in provided free wifi.  Unfortunately they had far more users than their access point could handle.  They "solved" this problem by adding additional access points and suggesting that when visitors had trouble with "hotel-wifi-1" they try "hotel-wifi-2", and so on.  There were three or four APs, and once you could get connected to one, your session would work for about two minutes.  Suspecting they were just getting overwhelmed with connections, I thought I would check to see if I could help by adjusting the configuration.  These particular AP's had never been updated, and there was a known vulnerability I could exploit.  By visiting a specific URL (without authenticating), the unit would dump it's config file which included the admin password, in plaintext.  Once I had that, whenever I needed the internet for a few minutes I would just add my mac address to one of the units and limit access to authorized devices only.  Suddenly the WAP performed beautifully!  When I was done, I returned the config to default and the other patrons could continue using it for a few minutes at a time.

If you're sticking with a commodity wireless AP/firewall, at least try to install OpenWRT on it, though you might be starved for ram and cpu if you want to do traffic shaping and manage VPN connections.  But at least you'll have superior security, and a much more usable interface.

In general though I still maintain you're better off spinning up your own box using pfSense.  It's absolutely "enterprise grade" stuff.  It will easily support OpenVPN for site-to-site tunnels, or just for your own machine (so when you're on an unfriendly/unknown network you can encrypt all your traffic over that tunnel back to your home, and out to the 'net from there!)  If you need redundancy, it's trivial to set up a second pfSense box and using CARP with shared state tables, you can have invisible failover.

Are you sold on pfSense yet?  You can certainly spin it up on just about any piece of commodity equipment you may have lying around, but the power consumption could be a little silly for home if you happened to use an older PC for this.  Unless you have an unusually beefy link at home you will not need a TON of nic or cpu horsepower - a small fan-less computer is likely your best best.  If you fear that will not cut it, there are some good sizing recommendations on the pfSense site to help guide you.

Assuming you're like me (and I know I am!) the best hardware choice is an ALIX.  You can buy ALIX kits from the US through Netgate.  You can also buy directly from the manufacturer (PCEngines).  Using this hardware I had three NICs plus a Wistron wifi card, all in a tiny aluminum enclosure that sips tiny amounts of power.  Here's exactly what I ordered from PCEngines for about $175 including fast shipping from Switzerland:

Since there are already a ton of how-to's on setting up pfSense on an ALIX, I won't go through my steps.  It was easy to do though, and I'm superbly satisfied.  The box is now directly connected to the ONT (tips on that here), and my network at home is healthier than it's ever been.  So what are you waiting for?  Get on it!  (Shoot me an email if you get stuck!)