Working as a developer advocacy program director for IBM, improving how the world of developers perceive our company is my top priority. One of the ways I believe we can make a huge impact is by using our time in front of developers wisely. That means no product pitches at tech conferences; out of respect for the time of attendees, we need to talk about things that matter. 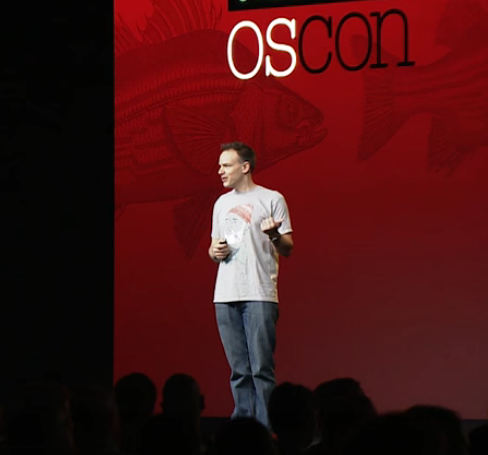 At this years OSCON 2017 in Austin, TX I had a pretty great opportunity to give a talk and do something consistent with these ideals. I got to deliver a 10 minute keynote on the importance of choosing open platforms when building open source software (#OpenInfra).

Though I'd attended several OSCON's in the past, this was my first time taking the big stage. The whole experience was a ton of fun, and I hope I have a chance to do something like that again. Everyone involved with the planning and production was super professional and buttoned up. Getting ready backstage felt kind of like being behind the scenes at a really polished rock concert. I am not sure the picture I took (below) captures it well enough but there was a lot going on, but everyone was so calm and relaxed you would never have known it. 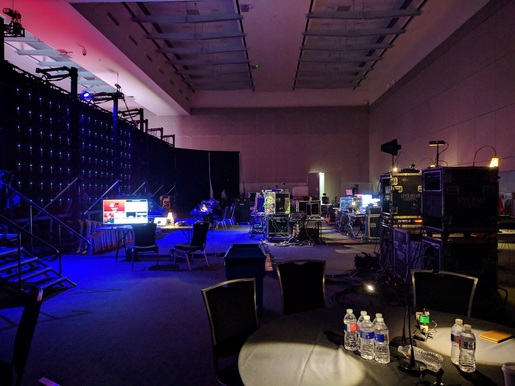 The slides and abstract of the talk are available here. I used baroque paintings so it would be easy to keep the slides consistent and also not sweat any copyright violations. Looking through all that art was a lot of fun. There were a great many really weird paintings that made me wonder who the hell stood still long enough for the artist to capture that! One of my slides used this amazing painting of two kids posing for their portrait, but the boy has a kitten over on arm and is holding an eel in his other hand. What the hell? 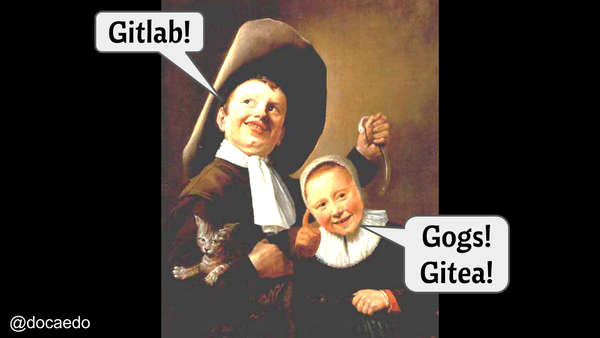 The talk (about open infrastructure) was meant to draw attention to the underlying infrastructure we use when building open software collaboratively. Not just the "I" in IaaS (compute, storage and networking), but the other tools, platforms and technologies we rely on. Things like repository management platforms, asynchronous and synchronous communications, testing systems, etc. These are all things we tend to forget about, or at least not think about them as core parts of open source projects. There's a lot of risk though to not choosing carefully. The heart of the talk was about making platform and technology choices based on three open principles: Transparency, Interoperability and Influence.

Transparency: does the platform or project you are using operate in a transparent manner? Do you have a clear sense of what they're planning, and if there's a company behind the effort how healthy is it? Gitlab is a great example of how to do this right. They're a privately run startup, but they operate completely in the open.

Interoperability: if you choose a platform, what's the risk of being locked in? Can you take your data elsewhere if you decide to make a different choice? Are they based on (and even contributing to) open standards? I used the example of IRC in my talk, as it's hard to choose a more open and interoperable standard for team communications.

Influence: can we (open source community, generally non-paying users) influence them? Do they have an open and easy way to report bugs or request features? Do they accept code contributions from outsiders? How well do they listen to their users, especially the non-paying ones? Travis CI is a really great example here - they go out of their way to work with the open source communities using their testing infrastructure to make sure they service they are offering for free is working well for them.

The feedback I got in person at the conference was amazingly positive. It was a message that resonated with a lot of attendees. A bunch of people also took pictures and quoted the talk in tweets, which was really gratifying.

I thoroughly enjoyed the experience, and I'm glad a lot of folks were on the same page as me on this topic. Hopefully I'll get to talk about something equally important to the community next year when OSCON returns to Portland!