Of course that prompts me to quote again from one of my favorite old articles "Turn It Off" by Craig Russel (read the whole article, it'll only take you a minute and it's well worth it!)

"Each of us only has so much time allotted to him. We glow but a short while upon this earth, and then the flame dies. Why would we spend even a second of it in the fatal radiation of an infernal device that promises 'entertainment,' that promises 'enlightenment,' but delivers only weak facsimiles?"

The harder someone tries to sell you something, the more suspicious you should be.  Why don't more people realize that?  When something is truly great it sells itself.  When it doesn't, throw marketing at it!  Got milk?  Seen a McDonalds add lately?

If you've ever wondered why food makers switched … 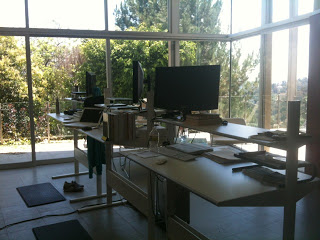